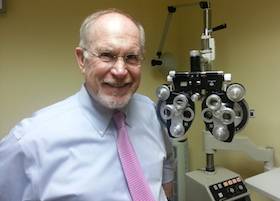 Dr. Flynn graduated from UC Berkley School of Optometry in 1979. After graduation, he served 5 years as a staff optometrist at the US Air Force Regional Medical Center in Wiesbaden, Germany. In 1984 he purchased an optometry practice in Red Bluff, CA. He later added a practice in Orland, CA in which is now his primary practice.
In addition to his optometry career, Dr. Flynn has a long history of military service in both the Army and Air Force. He was Special Forces veteran of Vietnam; for his combat services he was awarded the Purple Heart and Bronze Star Medal. He retired as a Lieutenant Colonel.
Dr. Flynn and his wife, Valarie, have 4 children and 5 grandchildren. They live in the county north of Chico.
Patient History Form